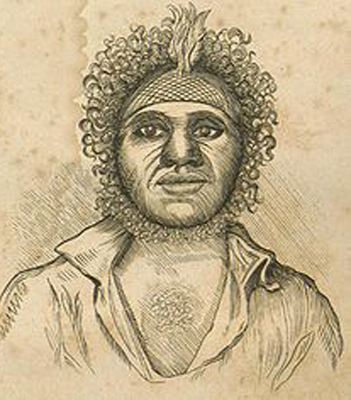 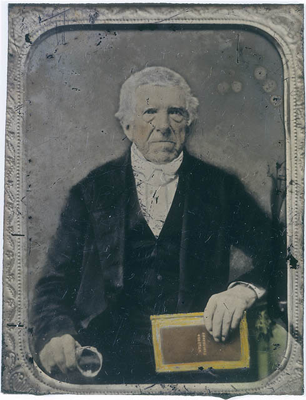 The Awabakal language was studied by English missionary the Reverend Lancelot Threlkeld in the 19th century, who wrote a grammar of the language. After landing at Swansea Beach on December 25, 1825, Threlkeld set up an Aboriginal mission with government assistance. When Threlkeld commenced missionary work at Lake Macquarie in 1825 Awabakal leader Birabaan became his principal assistant. Birabaan had learnt to speak English fluently while working as a servant to an officer at the Sydney military barracks. He was referred to as 'John McGill' during this time. But when he returned to Lake Macquarie, Birabaan assumed his original name (and was also referred to as ‘Eagle Hawk’) as well as ceremonial leadership amongst his people. Birabaan lived up to his responsibilities by maintaining good relations between his community and the settlers.

Mutual respect and affection developed between Birabaan and Threlkeld. Birabaan instructed Threlkeld in Awabakal lore, giving daily instruction in the language and correcting the missionary's transcripts. With Birabaan's help, Threlkeld questioned the Aboriginal people about their language, beliefs and witnessed some of their rituals, recording dreaming stories, important places, as well as ritualistic practices. In turn, Birabaan absorbed the principles of Calvinist Christianity. After a year's work, the language had been reduced to a written form and by 1829 the first draft of St Luke's Gospel had been completed. Birabaan developed considerable enunciatory skill, and assisted Threlkeld in the interpretation of court cases involving Aboriginal people.

Threlkeld published a number of linguistic works, including:

Threlkeld's correspondence and papers were edited by Niel Gunson in Australian Reminiscences and Papers of L.E. Threlkeld: Missionary to the Aborigines 1824-1859. Threlkeld's published works on the Awabakal language that were originally published as pamphlets were brought together and edited by John Fraser in 1892 under the title An Australian Language as spoken by the Awabakal the people of Awaba and Lake Macquarie (Near Newcastle, New South Wales) being an account of their language, traditions, and customs.