An Introduction to the Awabakal Language

Note: FREE DIGITAL DOWNLOADS available only.
No printed resources are available for purchase at the moment due to COVID restrictions. 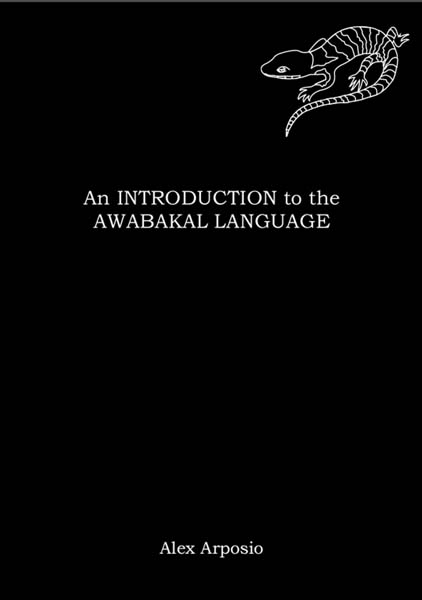 An Introduction to the Awabakal Language - 2nd Edition

IMPORTANT: If you download this item you are adhering to the terms of the copyright disclaimer at the bottom of this page.

The project to recover the language now known as Awabakal is based almost entirely on the admirable philological work carried out by the missionary the Reverend Lancelot Edward Threlkeld. He produced a number of published works documenting the language as well as he could manage given that he lived prior to the development of any methods of modern linguistic science. This current sketch of the grammar of Awabakal is based mainly on two of Threlkeld's documents, his Specimen of a Dialect (Threlkeld, 1827) and An Australian Grammar (Threlkeld, 1834), though use has also been made of A Key to the Structure (Threlkeld, 1850), and some of his manuscripts. Threlkeld left many gaps in his treatment and left us many obscurities, not least an unclear account of the sound system of the language.

The current reconstruction of the sound system is based on considering Threlkeld's own English accent, given his parentage (from Cumberland near the Scottish border) and the fact that he born and raised in Devon in the late 18th century. With his background in mind, I have made a detailed study of his orthographical system, especially in terms of scrutinising the way he hyphenated words in his word list (Threlkeld, 1834), and his various recommended sound correspondences. On this basis, I have arrived at a system of orthography and spelling that approximates the sound system of the original language to the optimal degree available from the documentation.

Copyright disclaimer statement
All Miromaa Language & Technology Centre (MALTC) resources available as digital downloads may be printed out for own use. This content cannot be sold in part or in full, unless agreed to in writing with MALTC. The copyright of all MALTC resources remains with MALTC. If you require more information and guidance on this matter please contact us.