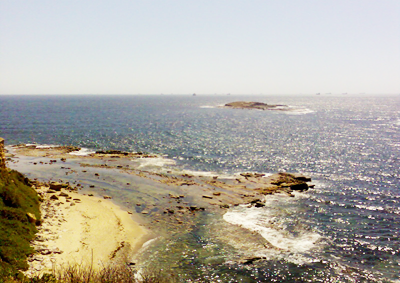 According to Awabakal lore, a long time ago, the two upright rock forms at Swansea Heads were once women. The two women were turned to stone after getting into trouble from an Awabakal warrior. The reason for them being in trouble is not clearly told.

The women became protectors of the nearby burial sites of their ancestors. The Awabakal people feared that sea monsters would move down Swansea Channel and into Lake Macquarie, so the two women kept watch for any coming danger. When they saw strange ships or creatures coming from the sea, the women would return to human form and warn the people of any dangers.