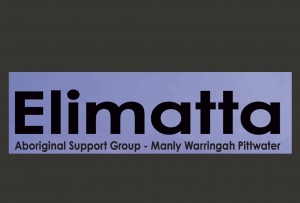 Daryn McKenny from the Arwarbukarl Cultural Resource Association (ACRA) gave a passionate demonstration called Modern Ways for Ancient Words at the 9th Australian Computer Conference for Seniors which was held at the Powerhouse Museum Sydney in August.

Of the some 250 native languages and 800 dialects spoken at the arrival of Europeans only about 80 dialects are still spoken today. Many of these are in danger of extinction as well.

Daryn, through the ACRA project which is based in Newcastle, has developed a user friendly but powerful computer program to provide a language preservation and learning system.

With admirable passion Daryn reminded his audience 'Internationally, every two weeks at least one Indigenous language disappears. Digitisation is the quickest way to get a record of a language and stop that trend... If our languages disappear everything else about us disappears... the Aboriginal people of Australia are the oldest living race. We have the oldest religion, the oldest traditions, the oldest languages, and we are not going to let that go.'

No one in the audience doubted he will succeed!