The Legend of the Lizard 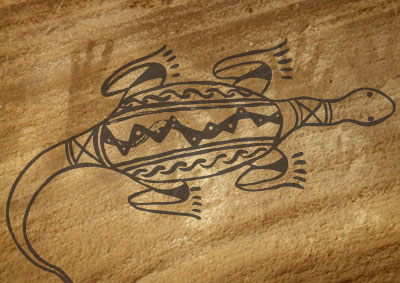 In 1980 a Northern Territory Aboriginal man visited the Hunter and, while passing through Laguna, pointed out a rock face, which he said was the birthplace of a giant lizard.

This lizard was said to have wandered across the land, carving out the valley as it went. He said the lizard would be found, petrified, in a ridge at the end of the valley.

His account coincided with a previously recorded Hunter legend about Yellow Rock a prominent landform 400m above the valley floor near Broke. Yellow Rock was considered by locals to be the head of a giant lizard, with its body being the ridge behind. A natural arch to the top of Yellow Rock is said to be the eye of the lizard.