When the Moon Cried 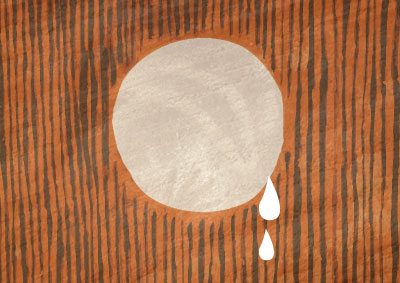 Belmont Lagoon is another important Dreaming site of the Awabakal. This belief relates to the Creation era when the Moon was a man spirit who never shone a full face. At the same time the Sun, a female spirit, when seen, was always a full face. Thus the Goori people appeared to be active in the day, but not so in the night. One night when the moon was feeling lonely, he thought of this, and reasoned that his people didn’t care as much for him as they did for the sun. This made him sad. He decided to go away and leave his people to enjoy only the sun. As he went higher and higher into the sky, he became sadder and sadder. After a long time, his sadness built up to such a point that he began to cry.

He cried and he cried. His tears fell back down to mother Earth and formed Belmont Lagoon. When finally he stopped crying he began to think again about his people. Perhaps he had been too quick to think that they didn’t care? Perhaps they were already missing him?

He decided to return. As he got closer to Mother Earth he could hear all the Goori people rejoicing. They were happy that a freshwater lagoon had been formed because they knew it would lead to increased supplies of plants, fish and animals for food. It would also provide an extra place for swimming.

Their happiness made him feel good. So as he got closer he looked down. He could see his reflection in the water and his happiness made his face beam. For the first time he presented a full face. This enabled his people to celebrate further and from that night onwards his full face was a time of celebration.