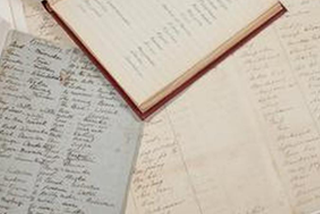 From an estimated 250 Indigenous languages at the time of European settlement, only about 20 are now widely spoken in Australia.

But where governments once ordered that the languages not be spoken, they are now funding their revival.

Whether the restoration efforts are enough for widespread revitalisation of the languages is yet to be seen, but Indigenous workers in the field say the seeds of success are beginning to germinate.

South-eastern Australia bore the initial brunt of European settlement, and with that came a heavy impact on Indigenous culture and language.

One approach taken by the new arrivals in New South Wales to the management of the original inhabitants, was to put them under the care of an Aboriginal protection board.

Daryn McKenny, from the Miromaa Aboriginal Language and Technology Centre in Newcastle, says the strategy included forcing Aboriginal people to live on missions and denying them the right to speak their languages.

"There are specific documents, which actually say that, that say for example if someone had a day release to go and do some work it was on that card, their green card if you could call it that, specifically said that this person is not allowed to speak their language. It was a total, blanket removal of, if I say to you right now, from this point on you are not allowed to speak English what are you going to do? What is the impact upon you and your livelihood? Whether it's family, whether it's work, whether it's whatever it is? It just stops and that's what happened to us, happened to our people. It stopped."

Mr McKenny says that in New South Wales alone it's estimated that more than 75 languages have been lost, but maybe not all of them forever.

"Maybe today we could have three of those which are in a strong revitalisation position, but we have an awful lot more which are of course still are coming back. Are being woken back up and are being spoken again, whether it's just the simple use of words. Not at the point of sentence and conversation, but the language is coming back."

The revitalisation of languages that don't have any living speakers, however, relies on documentation of them.

That's been assisted by the recent discovery of a collection of more than 100 samples of Indigenous languages in the New South Wales State Library's collection of colonial manuscripts.

In some cases, the detail of the languages is as little as a couple of pages, but some are as much as more than one hundred pages.

Senior research fellow at the Australian Institute of Aboriginal and Torres Strait Islander studies Michael Walsh says some of the library discoveries were most unexpected.

"Took the book down off the shelf, found it wasn't a book at all, it was a box, opened the box and found there were two notebooks inside, pulled the two notebooks out. The first one had a whole lot of doodles* and then seven pages of vocabulary from a language of Central Arnhem Land. That's like when you go to the library catalogue all it tells you is "surveyors notebooks", two surveyors' notebooks. That's it. No indication of any content at all. So that was a surprise."

Daryn McKenny, from the Miromaa Aboriginal Language and Technology Centre in Newcastle, says millions of dollars in federal funding has been allocated for maintenance of original languages each year, but more is needed.

He says after a comprehensive review, the Standing Committee on Aboriginal and Torres Strait Islander Affairs has called for greater support for the revitalisation of Indigenous languages.

Mr McKenny says that will be even more needed as Indigenous languages become a priority in the new National Curriculum for Australian schools.

"We just need the support and it's going to get harder because soon we're going to have an Australian national curriculum for states and territories on Australian Aboriginal languages. Our original languages for everyone to learn and that needs support. Yes, that's going to come out maybe in two or three years' time and everyone's going to be expecting to have the resources in place for language to be taught, but we're not getting the support to do it. With the work that we're doing we are very, very, very much underfunded."

Threats to the survival of Australia's Indigenous languages are not only coming from the most obvious front - Australia's dominant language English.

In the far north-west of South Australia, the local Aboriginal languages are seen to be quite strong.

But co-manager and language worker of the mobile language team at the University of Adelaide Karina Lester says they are also vulnerable.

Ms Lester cites the example of one Indigenous language in the South Australia, Western Australia and Northern Territory cross border region in Central Australia, which is facing a takeover by a neighbouring language.

"Yankunytjatjara, which is one of the languages of the Anangu Pitjantjatjara Yankunytjatjara lands is quite at risk in that there seems to be the movement of the Pitjantjatjara language coming over into the Yankunytjatjara traditional lands so with that movement Yankunytjatjara is almost being, I guess pressed down where the next lot of generation are speaking Pitjantjatjara now so it's definitely at risk of it being lost so some of the work that I've been doing in collaboration with Mimili Maku Arts and also Mimili Anangu School has been looking at how we need to really bring it back to life."

But she says it's also important that children be supported in the education system while learning that language.

Ms Lester says language helps Aboriginal children feel confident in their identity and culture and without a good grounding in their first language it makes it harder to learn English, which might be their second or third language.

"I think that has a lot to do with grounding children as well and understanding their place in their society and being able to have that skill in speaking your language and then the support that's needed for them to take on learning the new language of English gives children the understanding I guess in how language needs to be maintained and ongoing and so bilingual education I think is critical."

Daryl Baldwin is a member of the Myaamia tribe from north-east Oklahoma in the United States.

He recently visited Australia for the National Indigenous Language Conference in Melbourne and says it helped him realise that there's a lot of similarities between the experiences of Australia's Indigenous people and many native American groups in the US.

Mr Baldwin says the oppression of Indigenous languages in America has led to negative social and cultural changes within Indigenous communities.

He says his community lost the last speakers of its language in the 1960s.

But now, thanks to a large amount of documentation of the language, efforts over the past two decades to restore it have been successful.

"The children are interested in doing that, at least in our community. Part of that has come about because we were not afraid to bring the language into the modern context. We're not trying to recreate the lives of our ancestors. That's not realistic. Our children today have I think really mulit-layered identities so we really try to work with our youth in the context of their lives today and we try to make it a very positive experience so they're attracted to do things and so we've had very good success in that yes."

"For children during their most formidable years emersion in their language and culture has the greatest benefit that for children who are well rooted in their heritage in their language and in their culture we're starting to see signs where their success at life goes up so I not at least in our community we're noticing that for the youth that are heavily involved in language and culture revitalisation we're looking at increased graduation rates in college and we're seeing a lot of really positive signs in terms of overall community health."