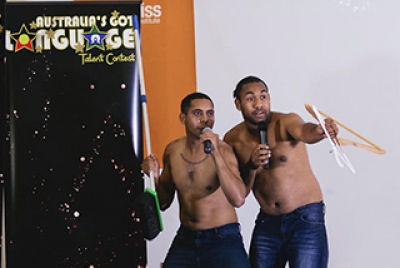 How technology is saving Indigenous languages

Language is a precious asset, a commodity that many are doing their utmost to preserve. NITV looks at how one Newcastle-based organisation united 240 passionate experts from across the globe in a bid to help to save Indigenous languages worldwide.

‘We are losing our languages," explains Daryn McKenny, manager of the Miromaa Aboriginal Language and Technology Centre (MALTC) in Newcastle.

According to the Australian Institute of Aboriginal and Torres Strait Islander Studies (AIASTSIS), there are more than 250 cultural groups which make up Indigenous Australia, yet only 120 languages are still used. About 100 have been identified as endangered.

While Indigenous languages are disappearing as fast as ever, McKenny says individual efforts to halt this loss are incredibly strong.

McKenny’s employer, MALTC, is but one organisation determined to change the fate of endangered languages and revive those already considered lost.

The centre is currently involved in supporting over 250 language activities around Australia and the world with the purpose of conserving and teaching the nation’s Indigenous languages.

Ever passionate about ensuring that the momentum for language preservation continues to increase over time, McKenny and his team also facilitate the biennial Puliima National Indigenous Languages and Technology Forum.

The fifth Puliima forum was held in Melbourne in October to showcase language conservation success stories and share the methods being used to save some of the world’s oldest languages.

“I’m an Aboriginal fella and this [topic] lights the fire,” expresses McKenny with feist.

But, he adds, “what we are doing is for all Australians. We want everyone in Australia to speak our languages. It helps us all care for this country”.