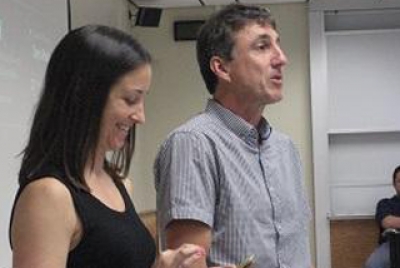 This workshop introduced participants to Miromaa, a user-friendly computer program that supports maintenance and revitalization of Indigenous  languages. Miromaa has been used by individuals and communities for a variety of projects. Developed by a leading Aboriginal Language Center in Australia, Miromaa empowers Indigenous peoples to be directly involved with all aspects of language reclamation work. Miromaa can be used to create multi-media word lists, dictionaries, etc.

The instructor for the workshop was Daryn McKenny. Daryn helped establish and has been the General Manager of the Miromaa Aboriginal Language and Technology Centre since 2003. He is a passionate Aboriginal person and proudly acknowledges his traditional heritage to the Gamilaraay and Wiradjuri nations. Born and raised on Awabakal country on the east coast of NSW, Australia, Daryn has spent over 10 years in steering the revival of the Awabakal language of that area. He has been instrumental in developing ways of using technology to assist in empowering Indigenous people not only in Australia but worldwide to be hands on at all levels of language activity through the creation of his program, Miromaa. His organisation also organises and hosts the National Puliima Indigenous Language and Technology Forum every two years in Australia and established the “Our Languages” website. Daryn is always looking for innovative methods to help others find ways to stop language loss and in turn capture and disseminate our original languages. Daryn currently is a director of First Languages Australia (FLA), founding steering committee member of the international Consortium for Training in Language Documentation and Conservation (CTLDC) and advisory Circle member for the Institute on Collaborative Language Research (CoLang).

The workshop coincided with AILDI's summer session. Daryn provided a lecture and demonstration of Miromaa tto the AILDI students the day before the workshop. Daryn was assisted in the workshop by Alison Soutar.