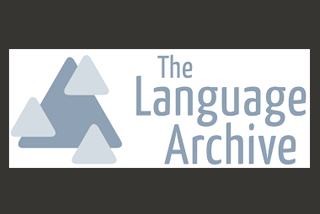 The 3rd ICLDC, held on the campus of the University of Hawai‘i in Mānoa earlier this year, was an important event and a great success. The conference continues to grow, with more than 120 oral, over 30 poster and more than 20 electronic poster presentations. More than 450 people from institutions and speaker communities worldwide attended the conference, many more than two years ago. Following the wishes of many, this year’s conference was extended by a whole day in comparison to the previous years.

The DOBES (Documentation of Endangered Languages) program in particular was essential for the development of The Language Archive, and Language Documentation in general continues to be one of our key areas. Therefore, TLA was very present at this important event, and had the opportunity to contribute with presentations and in the discussions, and to meet many interested scholars, activists and community members who were eager to learn more about TLA, our archive and tools. In many cases, a future collaboration seems feasible and desirable.

Some remarkable reactions to the TLA presentations:

Other remarkable presentations relevant for TLA activities were the, for instance:

Alexander Nakhimovsky and Tom Myers on a bridge between ELAN and FLEX using a tailored and yet generic interchange format akin to RDF. http://www.n-topus.com
Daryn McKenny, Carol Genetti and Thiago Chacon on the Miromaa Aboriginal Language and Technology Centre and their amazing desktop application. http://www.miromaa.org.au

Steve Huffman and Christopher Green (from institutions which so far have been known rather for studying ‘dangerous languages’, as it were, from a US security point of view) about the interesting PASAGLOSSA project with aims at Mapping the world’s linguistic diversity.

Gary Simons and Paul Lewis from SIL International presented the new scale for language endangerment and development underlying the new edition of Etnologue, and first results in evaluating the situation of the world’s linguistic diversity. The same topic was also addressed by Michael Ewing, Margaret Florey and Romola Rassool from the Resource Network for Linguistic Diversity. Albert Bickford from SIL presented a revision proposal that accomodates signed languages as well.

Two talks were discussing the use of TEI (Text Encoding Initiative) in language documentation, especially for lexical resources: Nick Thieberger on digitizing manuscript vocabularies, and Ewa Czaykowska-Higgins and Martin Holmes on TEI and the Nxa’amxcín (Salish) Dictionary.